Aleda(アリーダ) is a supporting antagonist in Devilman Grimoire. She frequently worked with Illuge and Wagreb. She possessed the human woman Ariga Nemu(有賀ネム).

Aleda was a demon who could easily pass off as a human woman, often wearing the same outfit of a fur coat, glasses and garden hat. She had light green hair and pink eyes. However, underneath was a large demonic face across her chest, her breasts transform into eyes, underneath was a large nose and a long mouth going down to her crotch. Her shoulders and arms form into large ears and she has long talon like fingers.

Aleda was not the strongest of demons, with no projectile or psychic powers. However, she could attack with her claws and was able to bite through thick shells with her mouth on her chest (as shown in her fight with Jinmen). However, when she formed Imclugent alongside Illuge, Agira and various other demons, her powers intensified. Unfortunately for her and Illuge, the body eventually gave out and she lost the powers afterwards.

Aleda first appeared under the guise of her human host "Ariga Nemu", where she was looking for a mysterious girl. After asking Dosu-Roku (Grimoire) and Go (Grimoire) if they had seen her and being told they hadn't, she thanks them and begins to leave when Go asks her if she wanted to have sex. She agreed and started to make out with them until she began to remove her clothing, revealing her true form whilst on top of Dosu-Roku, before then proceeding to kill them both. 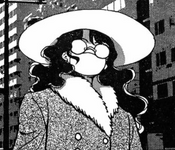 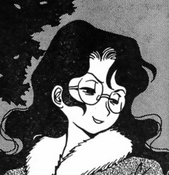 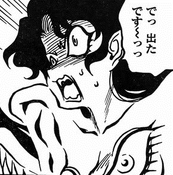 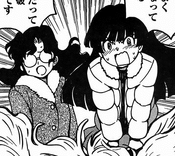 Nemu and Sachiko panicking when Devilman begins tearing through their airborne army. 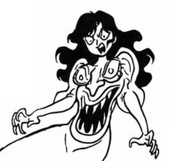 Aleda and Illuge as maids 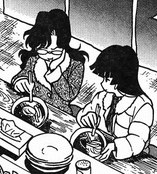 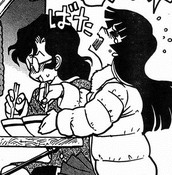 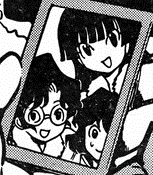 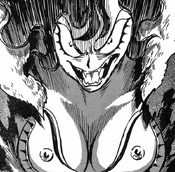 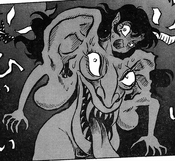 Hoo boy, Aleda's in for it now~

Aleda's death
AledaCaught.png
Add a photo to this gallery
Retrieved from "https://devilman.fandom.com/wiki/Aleda_(Grimoire)?oldid=20430"
Community content is available under CC-BY-SA unless otherwise noted.