Good
Asuka Himura is a supporting character in the manga Devilman Grimoire. He was a devilman that had fused with the demon Zannin. He was also good friends with Mico, another devilman, with the two of them becoming an item at the end of the series.

Himura was a tall blonde teen with light blonde hair and pointed sideburns. He clothing was mostly biker/punk styled. His Devilman form as Devilman Hirsh is a mostly green and purple colour scheme. Most of his body was covered in fur leaving only his arms and shoulders covered in armour. He had a dog like head with sharp teeth and blank pupil-less eyes with markings underneath. His head formed into a crest and had two long antenna at the top. He had a large pair of eyes on his chest and a long tail.

Himura as Devilman Hirsh had super strength and sharp claws. He could emit a powerful heat ray from the eyes on his chest.

Himura when with the gang he hung around acted cocky and arrogant but seemed to have something of an inferiority complex when not with them, making it seem like he only acted that way because he wanted to be part of a group. Himura had a crush on Miki but his feelings for her were unrequited. He was best friends with Mico due to their similar behaviours regarding how to work with others, with their relationship eventually turning to love. He seemed to make an annoyance of himself at first but eventually matured as he fought alongside his fellow devilmen. 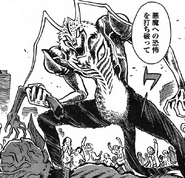 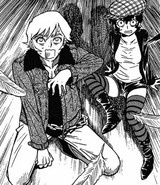 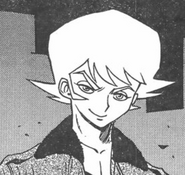 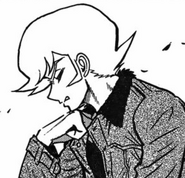 Himura protects Mico from an explosion 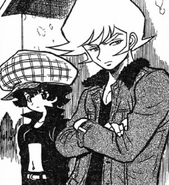 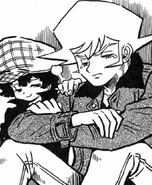 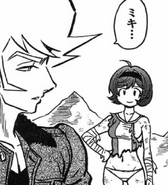 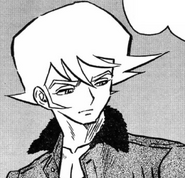 Add a photo to this gallery
Retrieved from "https://devilman.fandom.com/wiki/Asuka_Himura?oldid=24451"
Community content is available under CC-BY-SA unless otherwise noted.