Wagreb was one of the three demon girls who served the demoness Sirene. She was a semi-recurring antagonist in the Devilman Grimoire series. She possessed the young human woman Wakui Rena.

Wagreb was a large bestial demon, she had a large face on the upper half of his chest with large lips and a large layer of teeth with large eyes, she had long arms allowing for her to run on all fours with long clawed hands, she had the face of her human host Rena sticking out the top with a large horn in the center.

Wagreb was a demon who relied more on her strength, claws and speed to battle. 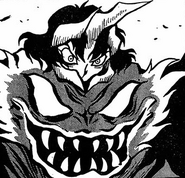 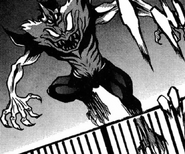 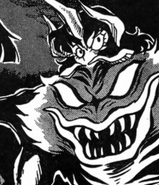 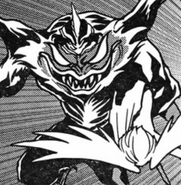 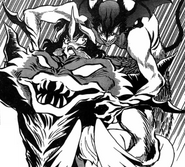 Wagreb gets torn to shit because of it 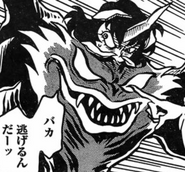 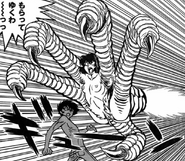 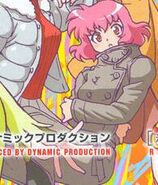 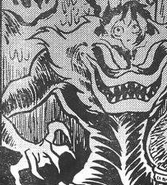 Wagreb watching in fear of Zennon's wrath in a flashback.
Add a photo to this gallery
Retrieved from "https://devilman.fandom.com/wiki/Wagreb_(Grimoire)?oldid=15460"
Community content is available under CC-BY-SA unless otherwise noted.